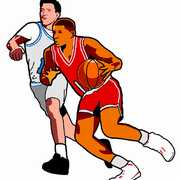 Our intermediate boys basketball team travelled to an after school invitational tournament and played a series of four full games in four hours. The boys played four games straight without much of a break in between…by far the most gruelling schedule in the tournament, and emerged to advance to the second round which will be held during the week of February 13 at St. Joseph Catholic Elementary School in Markham. What a fantastic performance by our boys on the court and off the court as well. They were exhausted by the end of the night. Thanks to all who were in attendance and congratulations to our boys. Go All Stars!!